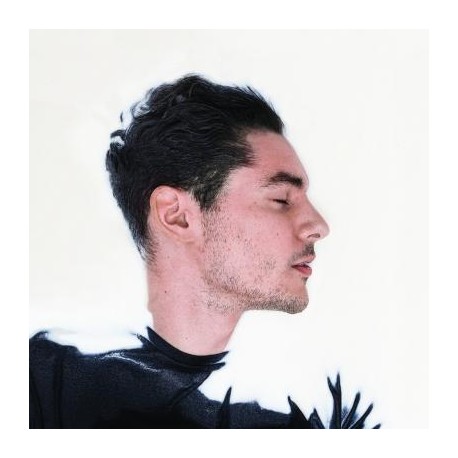 The new album from Tropics, aka 27 year old Chris Ward, looks outwards, armed with a newfound confidence that foregrounds his vocal performance and songwriting.

It's a musical progression that mirrors a personal one: the early Tropics
output was all made in the idyllic, if isolated setting of Ward's
grandmother's empty house in the seaside town of Southsea, which
he moved into after graduating from university to focus on writing
and recording. He was alone there - "like, really alone. For days, I had
literally no distractions." Having moved to London in 2013, Ward now splits his time between the city and the road, having played in America, Mexico and across Europe throughout the past year with his live band Keith Vaz and Morgan Hislop.

Tropics' new full-length Rapture, set for release on the 16th of February, is the culmination of this journey. A multi-instrumentalist from an early age, Ward has always drawn on his musical upbringing when composing, but this time around he's pushed himself to develop a fuller sound than ever with the help of Vaz, Hislop and specialist jazz drummer Gillan McLaughlin. Taking influence from Beach Boys, Max Roach and Arthur Russell, Ward has crafted an album that fuses his love of avant-garde percussion, 70s and 80s singer-songwriters such as Peter Gabriel known for pop-leaning hooks, and deep production that takes cues from ambient music.
The very first iterance of the record is the crystal clear vocal that kicks off 'Blame'. Ward explains that performing live so much caused him to step outside of his comfort zone: "I used to be a bit dubious about using my vocal too much, and felt like my strength was in sampling and playing keys. It's kind of switched now in that I feel a lot more comfortable just holding a microphone and losing myself." Inspired by the vocal performances of the likes of Little Dragon and Innovative Leisure labelmates Rhye, Ward also found a new lease of life in experimenting with more androgynous vocals.
But even as his sound has greater scope than ever before, Rapture is still a deeply personal endeavour. The majority of the songs started life in Ward's home, in front of a piano, before being built on in the studio. The first half of the record is a chronicle of a whirlwind relationship: the piano-led title track "Rapture" addresses this theme, striving for the throes of ecstatic happiness but never quite making it there. "It's got this feeling of hope and joy, even though it is coming from a sad place," says Ward. "It's about the struggles in your life to get to where you want to be." Elsewhere, lyrics such as, "You ran away just like my luck did" hint at Ward's love for literature and his poetic touch, something he further explores on the album's second side.
Later, the album grows more ambient and the literary references more apparent. "Gloria" takes its name from the character of a frustrated wife in F. Scott Fitzgerald's The Beautiful and Damned. Likewise, "Torrents of Spring" - also named for a work of 20th century American fiction - builds to a sax-led climax over two painstaking minutes, and the penultimate "House of Leaves" is "a really slow-burning ambient instrumental; it's kind of a nod to the first stuff I made".
Whether filling dance floors or simply filling up your headspace, Rapture is an intricate and intimate record that presents the many faces of Tropics in a more revealing light than ever before.