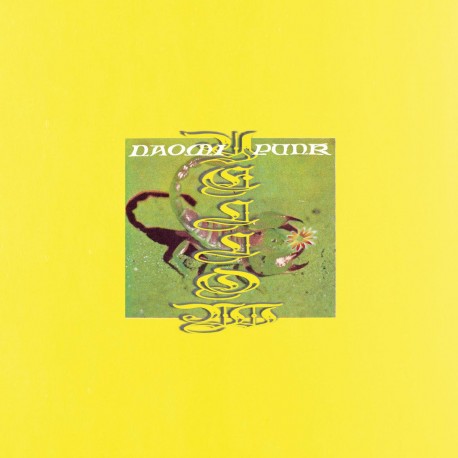 "I don't remember when I first heard of this mysterious album Yellow, but it must have been some time ago, because for the last few years, whenever I would meet Travis, Neil and Nick, the first words from my lips would be "when's Yellow drop?" It was at the Showbox in Seattle were I first heard songs that were going to be on Yellow. I was watching their set with my brother, and after a few songs we glanced at each other knowing that we were finally passing into the Yellow era. Wherever Naomi Punk had been going this whole time, they had just arrived. When I'm listening to the sound of Olympia and America and planet Earth and 2017 and suddenly it doesn't feel so gloomy, and I feel so lucky to have met these boys and to have been touched by their music and to call them friends. And I just hope the world realizes how lucky it is to have them." - Andrew Savage (Parquet Courts)

Side B:
My Shadow
Gotham Brake
The Sound Of Music
Scorpion Demo
Perfect
On Mi Mind
Scorpion Glue
Matroska