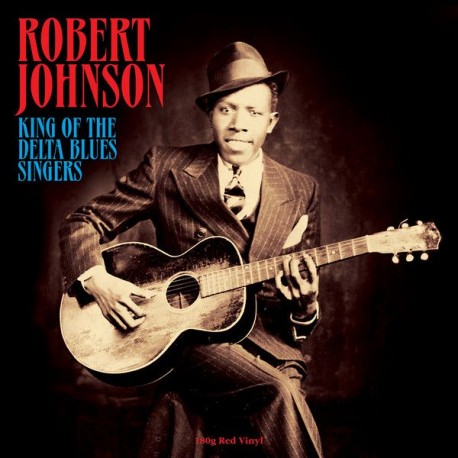 Listening to the 16 tracks here made Bob Dylan, Eric Clapton, Keith Richards, Peter Green, Jimmy Page and untold others decide that music would be their life. When the original long player came out in 1961, Robert Johnson had already been dead for 23 years. Little was known of his life, save for the handful of recordings released during his lifetime, and consequently the legend has too often overshadowed the powerful, haunting music Robert Johnson made. Remarkably, for half a century there wasn't even a photograph of him. Listen to this amazing LP, which Nigel Williamson called 'Arguably the most influential album in the history of not just the blues, but rock music too.'

Tracklisting:
Side A:
Crossroads Blues
Terraplane Blues
Come On In My Kitchen
Walking Blues
Last Fair Deal Gown Down
32-20 Blues
Kindhearted Woman Blues
If I Had Possession Over Judgement Day

Side B:
Preaching Blues
When You Got A Good Friend
Rambling On My Mind
Stones In My Passway
Traveling Riverside Blues
Milkcow&AcuteS Calf Blues
Me And The Devil Blues
Hellhound On My Trail