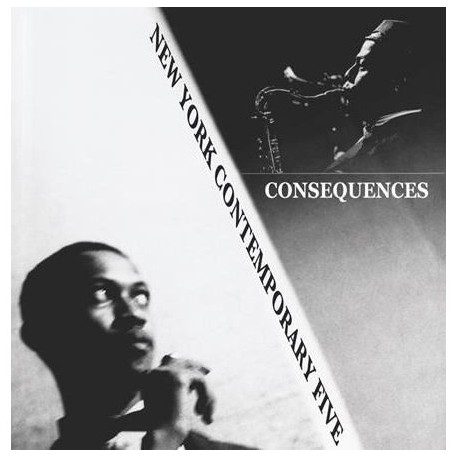 The New York Contemporary Five barely lasted a year all told, but they recorded five albums that shaped the jazz to come. They were a supergroup after the fact - the stellar frontline of Don Cherry, Archie Shepp, and John Tchicai all being relative newcomers at the time. Cherry had recently left Ornette Coleman and was only starting to stretch into world music. Shepp was fresh off a stint with Cecil Taylor and had just found his voice as a composer and performer. And Tchicai was virtually unknown, period.

What's still remarkable about these tunes is their sense of internal tension. They're wound tighter than a magnet coil - without sacrificing any spontaneity. There's little that's strictly free about this jazz, but it's full of reckless and unexpected drama all the same. 'Consequences' is the record's barnburner, built on fiery performances and climaxing with a Don Cherry solo that sounds like the aural equivalent of a fifty foot skid mark. Their version of Bill Dixon's 'Trio' is contemplative by comparison, offering a loping groove, overlapping textures, and a series of wonderfully sustained solos that show off the stylistic strengths of each player.

Tracklisting:
Side A:
Sound Barrier
Wo Wo
Consequences

Side B:
Rufus
Crepuscole With Nellie
Trio