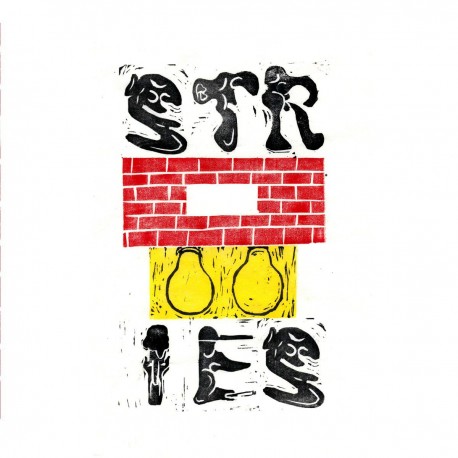 Starting out as a recording project between Angus Lord, Claudia Serfaty and Stephanie Hughes, the germ of what would eventually become the Stroppies was formed around a kitchen table in Melbourne in early 2016. The initial idea was to create open ended music, collaged quickly and haphazardly together on a Tascam 4 track Portastudio that drew on stream of consciousness creativity and a DIY attitude. The desire to move beyond the pre programmed drum patterns available on their Casio Keyboard led to the addition of Rory Heane on drums and a more conventional band dynamic. In Late 2016, Alex Macfarlane recorded the band in their lounge room direct to 4 track, capturing 7 songs that would become their 2017 self titled cassette tape debut. The songs were bounced back and forth from tape machine to computer to tape machine to computer again. In keeping with the bands initial aesthetic, dubs were laid over a 4 month period incrementally on different devices. They make modest, idiosyncratic pop songs that reward with repeated listening.