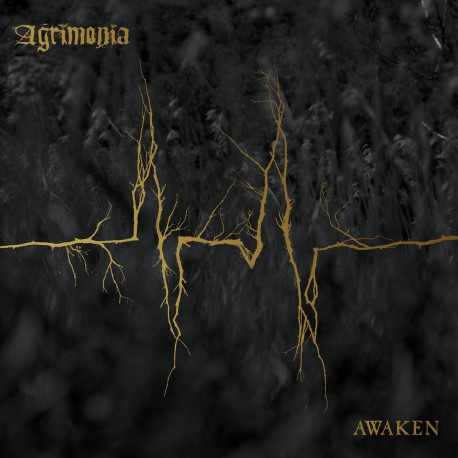 AGRIMONIA returns with their fourth album release, and second for Southern Lord, Awaken, now set for release through Southern Lord on January 26th. The label has issued the artwork, track listing, and a trailer for the record.

Awaken arrives ten years since the release of their first album, and AGRIMONIA has evolved notably over that period. Their sound has always been dense, immersive, ambitious even, and on Awaken, the band has evolved their prog-infused form of expansive metal into something energetic, dynamic, and powerful. On Awaken, the band digs deep into their subconscious, trying to get an elevated state of mind, to connect the mind with sound and to find the combination of notes and melodies that evolves into a feeling or mood. AGRIMONIA channels the bittersweet aspects of life, and breathe air into thoughts that cannot easily be put into words.

About Awaken the band comments, "We are thrilled to see the release of our fourth album Awaken. We are very proud of the outcome and feel that the album is our most dynamic and vital yet, and contains more of everything that is AGRIMONIA. Awaken is the soundtrack to our existence, and I hope other people can feel that way too."

Awaken was produced by AGRIMONIA, and mixed and mastered by Henrik Udd who also worked on the previous recording Rites of Separation, then under the Studio Fredman banner but now under his own name, Henrik Udd Recording Studios.

Side A:
A World Unseen

Side B:
Astray
Foreshadowed

Side D:
The Sparrow