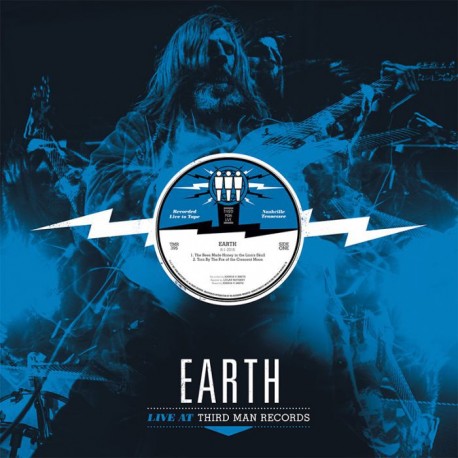 The Blue Room at Third Man shook with the sludge-drone majesty of Olympia, Washington's Earth. Anchored by wife-husband duo Adrienne Davies and Dylan Carlson, this band has an integral spot in American music by bringing a low-frequency uproar and six-string extremism to the forefront of the experimental, punk metal underground. More concisely, they are widely considered the pioneers of drone metal. The band built their reputation on widely respected albums, starting with Sub Pop and moving to current home Southern Lord. Using the device of repetition, the band disarms and transforms first impressions with a performance so plodding and insistent that each song is stretched to it's limits. The set spanned their catalog with four first-class compositions, employing powerful guitar drones and Davies' precise, slow-motion percussion swirling throughout.