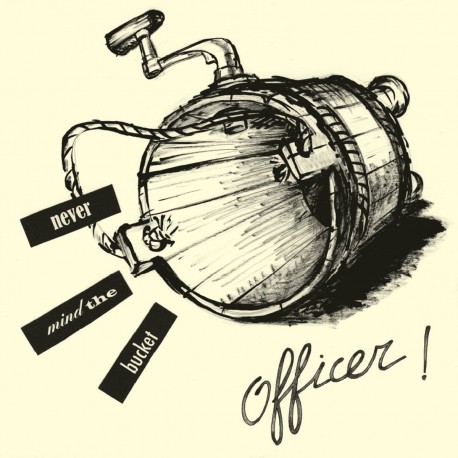 Blackest Ever Black marked its fifth anniversary in 2015 with events at the ICA in London and Berghain in Berlin. The former featured an unforgettable performance from Mick Hobbs' Officer!, the shapeshifting group's first in twenty-odd years. For this show Hobbs - surely the UK DIY underground's greatest living songwriter - as joined by longtime collaborators Mary Currie of Flaming Tunes (voice, shruti, theremin, glock) and Joey Stack (keyboards, voice), with Tilly Bean on bass, Ed Bernez on drums and Lydia Fischer contributing flute, trumpet and baritone horn. The setlist comprised songs from Dead Unique, the "lost" 1995 album by Officer! which Blackest Ever Black released in 2014, a smattering of earlier classics from the '70s-'80s (including 'Life At The Water's Edge' and 'Dogface) and heart-rending covers of 'Beguiling The Hours' and 'The Best Weapon' from Mary Currie and the late Gareth Williams' peerless Flaming Tunes album. The show was recorded, and has been beautifully mixed for release by Deerhoof's John Dieterich. A co-release from BEB and Hobbs' own Life & Living Records in a strictly limited edition of 300, with printed insert artwork by Li Williams.

Side A:
Pebble
Life At The Water's Edge
Shrug
Go Back
The Best Weapon
Good Citizen's Car