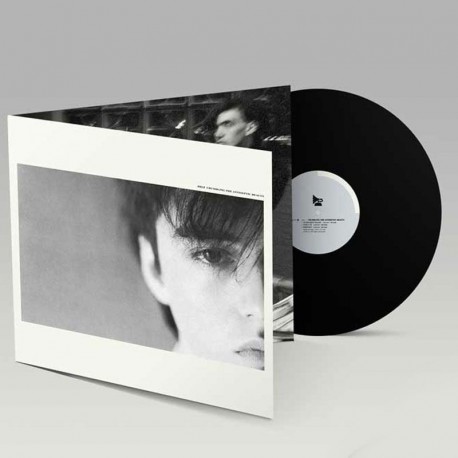 Anyone who's been living on the grapevine these past few years must have heard the rumours about the coming of the FELT reissues - well they're here.

During the '80s Felt made ten albums and ten singles for the Cherry Red and Creation labels. This beautifully produced series examines the work of one of the greatest underground groups of modern times.

The first five albums will be released on 23rd February 2018. These vinyl records, unavailable for many years, have been remastered and revisited by Lawrence, and he has fashioned the ultimate definitive collections. They are available in a deluxe gatefold sleeve.

Lawrence's ambition was to release the best debut English album ever! Adrian Borland offered his services, then commitments with his band The Sound prevented this from happening. So Felt began a relationship with Swell Maps producer John A. Rivers. Recorded and mixed in six days the band got a taste of how bitter reality fares compared to the "mellow fruitfulness" of blind ambition.

Side A:
EVERGREEN DAZED
FORTUNE
BIRDMEN

Side B:
CATHEDRAL
I WORSHIP THE SUN
TEMPLEROY