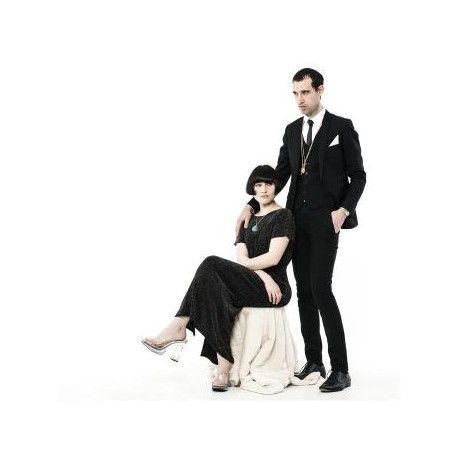 It records is proud as hell to present, in a split release with our U.S brothers Felte, a new album from White Hex : Gold Nights. A sparkling piece of dark wave neo pop? ultra pop? Your going to have to listen and put your own head to that classification. I have known these guys a long time and their journey is one that reaches back into a noisey post punk beginning and has seen them land in a colourful territory not oft traversed by the swamp punk boot. Simultaneously a startling new direction and a natural progression from their Nhilistic Orbs debut : Heat.

Produced by Alex Akers of Forces, 'Gold Nights' is tropical goth fleshed out in glorious electro colour with White Hex fully realising the dissonant struggle at work in their music. As the title suggests, "Gold Nights" is both the light and the tunnel. This album is the second in a trilogy of releases by the band based on a period of three years in their lives. Written after shows in Paris, Berlin, New York and Melbourne, 'Gold Nights' explores Italo disco, minimalist techno and more the primitive end of 1980's German underground. White Hex on 'Gold Nights' embrace their love of high fashion, 1980's New York vogue techno and the mutant explorations of Whitehouse, Arthur Russell, Craig Leon and Gianni Rossi.

This first track "Paradise" is the dream of an Australian summer born in a wall of blinding synthesizer. Akers production is both ice cold and blinding hot. Crawl out of the swamps kids, and revel in the glory of the sun.