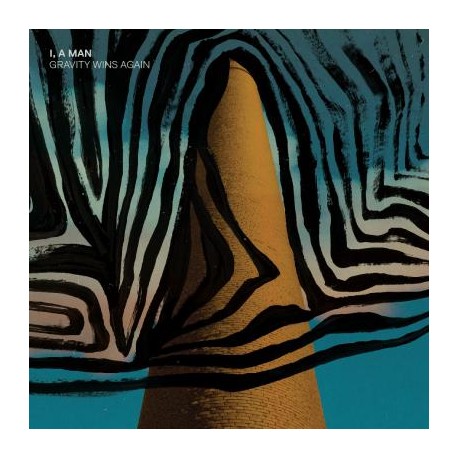 I, A Man - Gravity Wins Again

We are a band from Melbourne, Australia called I, a Man that formed in 2010.

It is pronounced phonetically aÃ‰Âª Ã‰â„¢ Ã‹Ë†mÃƒÂ¦n. You don't need to pause at the comma.

So far we have released two EP's: One called Fifteen Thirty Three that was released on our own label 'We Swimmers' and a second called You're Boring Us All released through Shock Records.

We are releasing our debut album Gravity Wins Again through 'We Swimmers' April 11, 2014.

We wrote a lot of the record in Ballarat at our friend Nichy's farm and our friend Ed's Dad's house.

We recorded the album in Melbourne at The Alamo with Tim O'Halloran & David Williamson. We've worked with them before on You're Boring Us All.

Tim Whitten mixed the album. We had never worked with Tim Whitten before but he had recorded and mixed records we really loved by Augie March, Art of Fighting, The Go-Betweens, Underground Lovers and a heap more. We are pleased with our decision.

It was mastered by Roger Seibel at SAE Mastering in (the middle of the desert we envision) Phoenix, Arizona. Tim Whitten suggested we use him and so we looked him up and he had mastered records by Pavement, The Sea and Cake, Broken Social Scene, Built To Spill and Modest Mouse so we jumped at the idea. We are pleased with our decision.

We have toured around Australia a bunch of times. Though when you're a band from Melbourne, for the most part that just means up and down the east coast.

Driving down the Hume Highway is pretty boring, although we do like to try and stop off in Euroa as they have a really good Vanilla Slice at the Bakery. We also like to stop off in Yass, mainly because we like the name.

We have played in Adelaide quite a bit too but only once in Perth. Though when we did we played in this giant theatre with Bombay Bicycle Club from the UK. It was an all-ages show and hundreds of kids came up after the show to get photos and sold us out of all of our merch. That never happens at The Tote.

That was probably the biggest show we played. Though we did play The Forum once. That was also the same tour.
And we also played Falls Festival once too.

We've never played in Tasmania or overseas, though we'd really like to. We're working on it.

One time someone said that we have an organic blend of the cerebral with the instinctual. We really liked that.

When you play in a band people always ask you what you sound like. We've now had almost four years working on our spiel and I think we are getting better: I guess we are kind of hypnotic and expansive and its pretty guitar driven and it goes from some parts that are quiet and delicate but then it's a bit noisy and cathartic at times too so I guess essentially we are kind of an indie rock band but kind of a bit post rock inspired as well, ah I hate that genre name, it just sounds so stupid. Its still songs though, with structures and vocals and choruses and stuff and not just big instrumental jams with no words, though we are a bit jammy at times too and umm I dunno I hate describing your own bands sound it's a really hard question. It's probably easier when someone else does.