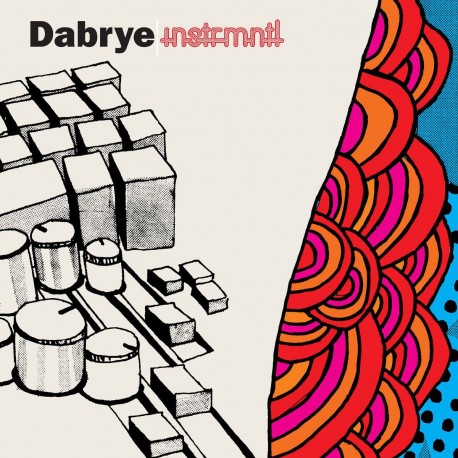 The early 2000s were a time of upheaval for hip-hop. The underground and mainstream divide that had defined so much of the previous decade was showing the first signs of irrelevance. Timbaland and The Neptunes made radio rappers sound futuristic while independent artists struggled in a quagmire of backpacks and misguided claims to keep it real. Away from this, in a misunderstood middle ground between hip-hop and electronic music, a new generation of artists were busy imagining a new sound for hip-hop. Instrmntl is a continuation of the beat experiments Dabrye began with One/Three and a bridge to the diverse textures that would define Two/Three four years later. About half of its nine tracks (ten if you lived in Japan) were created at the same time as One/Three while the rest were newer or made specifically for the album. Once again Mullinix looked outside of hip-hop to techno, house, and drum & bass for stylistic and technical ideas while embracing the blissful minimalism of a good hip-hop instrumental and the rhythmic nuance of Detroit.

Side A:
Intrdctn.
Won
No Child Of God
D-Town Tabernacle Choir
You Know The Formula Right?

Side B:
Evelyn
This Is Where I Came In
Prospects (Marshall Law)
Take Me Home
Gimme Lowlands