> Vinyl>Your Food - Poke It With A Stick
Reduced price! 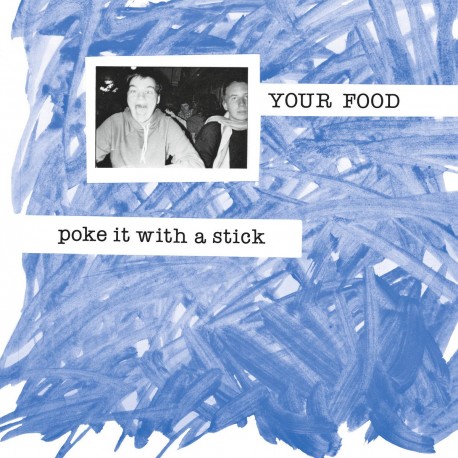 Your Food - Poke It With A Stick

Poke it with a Stick-the only record by Louisville legends Your Food-is a sui generis gem of the American underground, now faithfully reissued for the first time by Drag City. Recorded in 1983 by four scarecrows from Kentucky subsisting largely on cheap beer and baked beans, the album is a burbling burgoo of hypnotic rhythm, uncoiling tension, and sharp invective-a proud bastard of post-punk royalty. Slint drummer Britt Walford remembers seeing Your Food at age 11: "You knew you were in the presence of something powerful whenever they played. Their sound was open and catatonic. Cathartic. You recognized it right away. A lot of it was based on the bass, which was cool, and the drums were expressive, too. Like the bass, they were simple, but odd and insistent. The guitar was angular and somehow just as present as the bass and drums, which seemed like the center. Doug's singing went right along with it. He was mocking and smart, then bare and vulnerable, without being vulnerable."