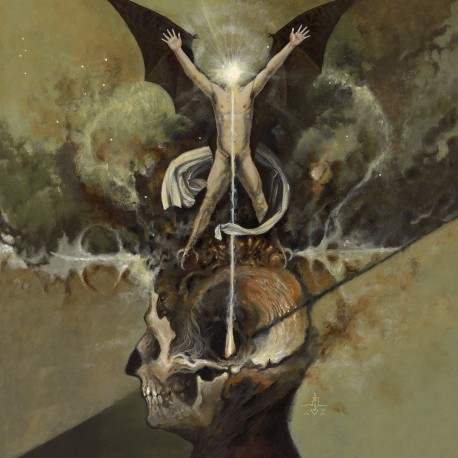 NIGHTBRINGER are pushing forward in their fast-track evolution with grim determination. Their forthcoming fifth full-length 'Terra Damnata' takes at least as big a step into new musical dimensions as its predecessor 'Ego Dominus Tuus' (2014) - yet without straying from the band's original black course. While 'Ego Dominus Tuus' amalgamated traces of quintessential elements taken as inspiration from EMPEROR, DARK FUNERAL, and DIMMU BORGIR among other black classics into a dark American alloy, 'Terra Damnata' seems to systematically sever such ties to the previous orthodoxy found on 'Hierophany of the Open Grave' (2011). NIGHTBRINGER have sharpened their claws and unafraid of dissonance dare to take their songwriting where it hurts.

Side A:
As Wolves Amongst Ruins
Misrule

Side B:
Midnight's Crown
The Key And The Crossed Bones

Side C:
Let Silence Be His Sacred Name
Inheritor Of A Dying World

Side D:
The Lamp Of Inverse Light
Serpent Sun