> Vinyl>Waywardbreed - Gathering For The Feast 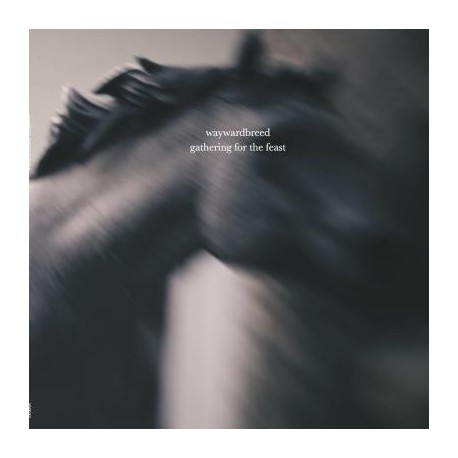 Waywardbreed - Gathering For The Feast

There's an intensity to waywardbreed's second album Gathering for the Feast that pulls you in, and holds you close. The sensitively crafted album of stark folk-inspired songs came together after three years of touring in Europe, songwriting in Berlin and cultivating collaborative partnerships in Melbourne. In 2013, waywardbreed brings its music home. Featuring soaring strings, songwriter Justin Avery's passion-fuelled lead vocals and tender backing vocals from Katie Scott (Howl at the Moon) and Elizabeth Barker (Gypsy Curse), this album is the perfect autumnal releasean idyllic record of haunting imagery and soulful sounds.

waywardbreed's Justin Avery describes the recording process as a "beautiful and powerful experience". He teamed up with producer Simon Grounds (Laura Jean, Kes, and Architecture in Helsinki) to mix and master the album. "Simon is completely immersed in his workour work together was a joy, a thoroughly intuitive process, with song always leading the way." Gathering for the Feast is a veritable step forward from waywardbreed's debut release Rising Vicious (2010). "I was young in the process of writing songs," Justin remembers. "There was a tentativeness there, yet there is something nice in the freshness of that album, and the arrangements were sparser. Now I feel more confident to listen and allow the song to lead me towards what it's meant to be."

For Gathering for the Feast, Justin enlisted a range of Melbourne musicians close to his heart. He gave them the songs, but never wanted to over-direct. In order to capture the 'live' sound, he asked the musicians to avoid rehearsing too much, recording their parts in one or two takes. "This was particularly hard with full-band tracks like 'Would You Have It' because I had only ever played them solo when I was on tour in Europe. So I knew how I wanted them to sound," Justin says, "but the challenge then became communicating that to the others. But they are all wonderful musicians and individually and collectively captured what the song was meant to be." To further recreate the warmth that comes with the live performance, the band recorded at violinist Andrew Watson's apartment. "There are noises you can hear on the record that were happening in the room at the time." If you listen closely to the final track 'Only the Owl Knows' you can hear the subtle creak of Justin's chair.

Gathering for the Feast opens with the first single off the album, 'Sing You', which launched at a sold-out show at Fitzroy's Old Bar in late 2012. Delicately played guitar, Katie Scott's backing vocals and lilting piano coalesce into a perfect representation of the whole album. While some songs were written with ease in both Berlin and Melbourne, the album's fourth track 'The Birds' took years to come together. The song was finally complete in Justin's mind when singer Elizabeth Barker came on board. "This was one song Beth really responded to and had already come up with beautiful, simple backing vocals," he says. "And she's responsible, even if she doesn't know it, for showing me where the song needed to go." The title track 'Gathering for the Feast' adds a certain colour to the album that rises, falls and transports us to a higher place. While the slow-swaying country waltz 'In Our Way' serenades us as we drift away with it.