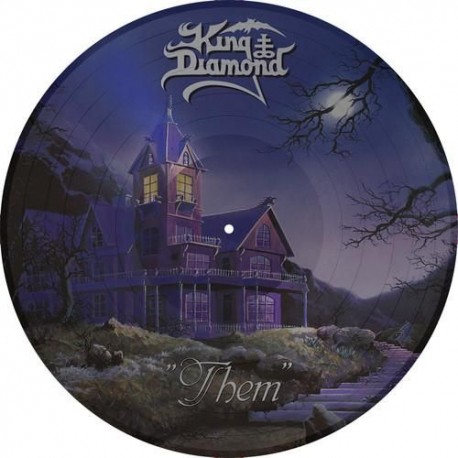 Limited edition vinyl picture disc LP pressing. 1988 album from the Danish heavy metal band. Over the course of more than thirty years, among innumerable trends, ebbs and flows of the music industry, King Diamond remains as one of the most prolific and important figures in metal. With a career so extensive, anniversaries of note, as well as many of his contemporaries, have come and gone, but in 2018, King Diamond, the man and the band, celebrates the past as few acts can ÃƒÂ» on picture disc vinyl! Since forming in 1985, the band have released a total of twelve studio albums (most of them concept albums), two live albums, two extended plays, five compilations and five singles.