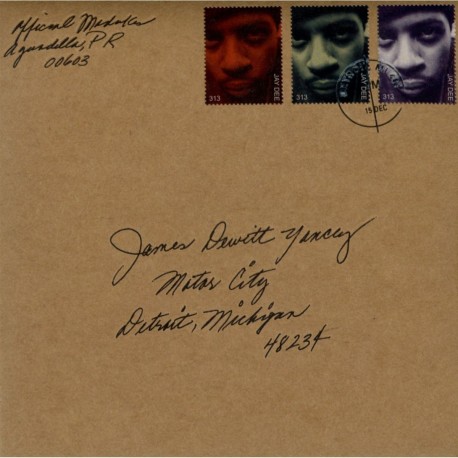 The late, great J Dilla is widely regarded as one of the greatest hip-hop producers of all time. An innovator who pushed the genre in new sonic directions, the Detroit native born James Yancey crafted timeless soundscapes for the likes of Slum Village, Busta Rhymes, Common, Erykah Badu, A Tribe Called Quest, The Roots, and many more. Since his death in 2006, Dilla's mother Maureen "Ma Dukes" Yancey has worked tirelessly to further her son's legacy, and her latest effort is the new posthumous album Motor City. Inspired by Dilla's beloved hometown, Motor City is a collection of rare and unreleased Jay Dee instrumentals, hand-selected and sequenced by Ma Dukes. Conceived as a "letter" to her son, Motor City is packaged in a limited-edition mailing envelope, complete with a handwritten message from Ma Dukes to J Dilla inside. The package also includes access to an exclusive mix of the album by Dilla's close friend J Rocc, a world-renown DJ and founder of the Beat Junkies.