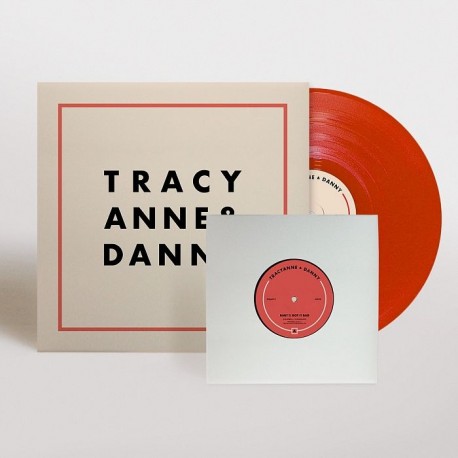 Tracyanne & Danny is a new collaborative project between singer-songwriters Tracyanne Campbell (Camera Obscura) and Danny Coughlan (Crybaby). Tracyanne hails from Glasgow, Scotland. London-born Danny is based in Bristol, England. Their paths first crossed in 2013 when introduced by mutual music industry pals. Tracyanne dug Danny's Crybaby album (released on Helium Records) and invited him to open some Camera Obscura shows in the UK. Mutual artistic respect led to the swapping of song ideas, but tentative plans to work together were set aside while Camera Obscura wrote, recorded, released, and promoted their fifth album Desire Lines. Tracyanne & Danny is not a diverting curio or a wee stop on the road to someplace else. It is a shared artistic aesthetic, forged over time. They have figured out how to fit round each other and work together, creating a rewarding musical synergy. There will be more songs.

Side A:
Home & Dry
It Can't Be Love Unless It Hurts
Deep In The Night
Alabama
Jacqueline

Side B:
2006
The Honeymooners
Anybody Else
Cellophane Girl
O'Keefe
Baby's Got It Bad
Can't Get Over You