> Vinyl>Sonny Boy Williamson - Down And Out Blues
Reduced price! 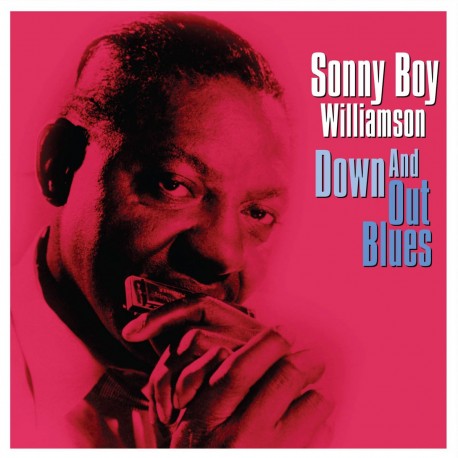 Sonny Boy Williamson - Down And Out Blues

Great blues harp player Sonny Boy Williamson was on the scene until 1965 and was thus able to come to Europe to cash in on the British blues boom. Sonny Boy made a big reputation in Britain between 1963 and 1965, playing live with the likes of the Yardbirds and the Animals in their earliest days. He was already guaranteed legendary status by virtue of an association with Chess Records that lasted the best part of a decade. And, last but far from least, he helped launch the career of Elmore James who started his career as Sonny Boy's sideman before his distinctive slide guitar style gave him a career of his own. His recordings will remain popular as long as the blues is played; enjoy some of the very best here.

Side A:
Don't Start Me To Talkin'
I Don't Know
All My Love In Vain
The Key (To Your Door)
Keep It To Yourself
Dissatisfied

Side B:
Fattening Frogs For Snakes
Wake Up Baby
Your Funeral And My Trial
99
Cross My Heart
Let Me Explain