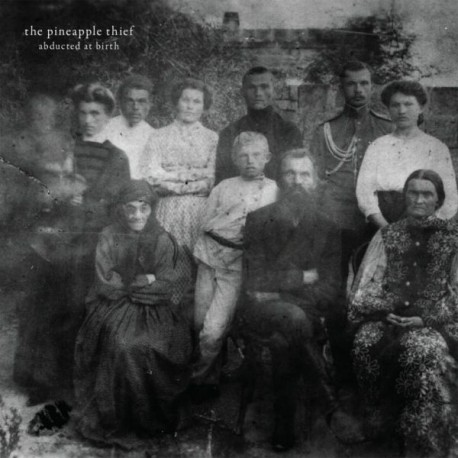 The Pineapple Thief - Abducted At Birth

THE PINEAPPLE THIEF REISSUE THEIR DEBUT ALBUM UNDER ITS ORIGINAL NAME, 'ABDUCTED AT BIRTH' Following their second European tour for the 2016 summer hit album 'Your Wilderness' and the release of their stunning concert film recorded at the Islington Assembly Hall, 'Where We Stood', The Pineapple Thief re-issue their 1999 debut album under its original name, 'Abducted at Birth'. When the album was first released, the name was changed to 'Abducting the Unicorn' by the label, Cyclops Records, in order to create a connection with the previous band headed by TPT's frontman Bruce Soord - Vulgar Unicorn. Featuring strong melodies and powerful choruses, this early post-progressive album is an insight in to Soord's songwriting talent and the birth of one of the UK's leading progressive bands in 2017. 'Abducted at Birth', newly remastered by The Pineapple Thief keyboardist Steve Kitch, will be released as a double LP presented in a wide spine packaging. The cover art has been completely updated, using fan submitted photography to explore the new theme of 'Abducted at Birth', to startling effect.