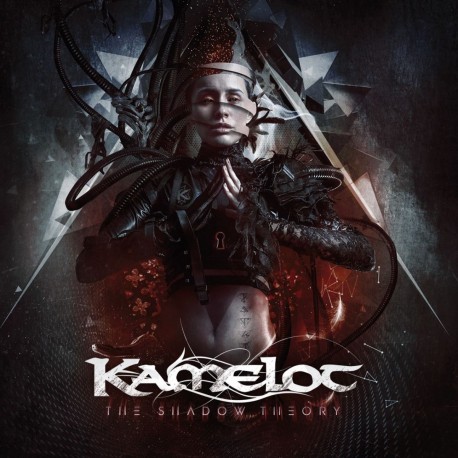 2LP BLACK VINYL PRESSING IN GATEFOLD SLEEVE WITH BONUS TRACK. KAMELOT release its new album, "The Shadow Theory", the follow-up to 2015's "Haven". Featuring all the signature elements of KAMELOT and also sees the band step out to add new and industrial elements along while combining amazing emotions that harken to the band's earlier days. The group's epic new music is chock full of symbolism relating to how the band feels about the world and the current state of civilization. KAMELOT founder and guitarist Thomas Youngblood states: "'The Shadow Theory' album is a psychological journey through the complexity of the human mind. We are subjected to stimuli constantly through media, technology, social experiments and AI. Can we still be social creatures in the near future? 'The Shadow Theory' is an album that is mixing many worlds, giving the listener an escape within our own realities. This album was written and recorded over the entire year and we are really proud of the song elements and diversity on 'The Shadow Theory'." "The Shadow Theory" was helmed by acclaimed music producer Sascha Paeth and mastered by Jacob Hansen. Guests on the album include Lauren Hart (ONCE HUMAN), Jennifer Haben (BEYOND THE BLACK) and Sascha Paeth. The amazing cover and artwork was created by Stefan Heilemann.

Side A:
The Mission
Phantom Divine (Shadow Empire)
Ravenlight
Amnesiac

Side B:
Burns To Embrace
In Twilight Hours
Kevlar Skin

Side D:
Vespertine (My Crimson Bride)
The Proud And The Broken
Ministrium (Shadow Key)
The Last Day Of Sunlight (Bonus)