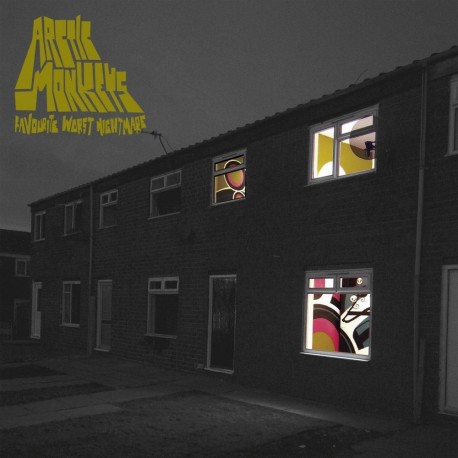 After becoming the biggest band in 2006, Arctic Monkeys' return with their highly anticipated 2nd album "Favourite Worst Nightmare". The thrilling second album, produced by James Ford and Mike Crossey, is a breakneck technicolour journey through screwball punk and guitar-fuelled dancefloor heroics; a brilliant racket that proves there's infinitely more to the Arctic Monkeys' than mere pop songs; though it has them in spades.

Side A:
Brianstorm
Teddy Picker
D Is For Dangerous
Balaclava
Fluorescent Adolescent
Only Ones Who Know

Side B:
Do Me A Favour
This House Is A Circus
If You Were There, Beware
The Bad Thing
Old Yellow Bricks
505