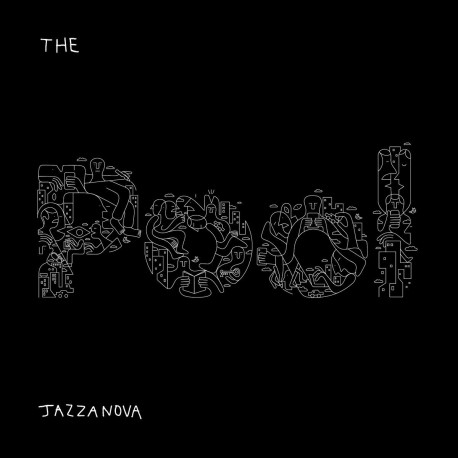 Acclaimed music collective Jazzanova release their brand new single 'Rain Makes The River' and announce their new album 'The Pool', out on Sonar Kollektiv on 29 June 2018. Featuring the haunting vocals of Scottish singer Rachel Sermanni, the propulsive track offers an intriguing snapshot of the band's musical developments since the release of their last original album 10 years ago. The collaboration with Rachel came about after she had spent time in the Jazzanova studio recording with Axel Reinemer, one of the Jazzanova members and co-producers of Rachel's upcoming album. Says Reinemer: 'I was enchanted by her voice. I knew immediately I had to introduce her to the guys and see if we could get her to sing on our new album as well. On 'Rain Makes The River' her angelic vocals and haunting performance add another dimension to our dirty sample basslines & heavy beats.' The Pool, Jazzanova's most mature and musical album yet, welcomes a host of talented collaborators including Jamie Cullum, Ben Westbeech, Pete Josef, Rachel Ser- manni, Olivier St Louis, Paul Randolph, Charlotte OC, and more. All bring their own distinctive flavours while retaining a real sense of Jazzanova's musical identity-something that combines neo-soul, jazz, and pop song writing with a unique knack for sampling and skills on everything from synth to piano, vibes to trombone, flugelhorn to guitar. The album flows from one track to the next, mixing up synthesised sounds, samples and acoustic instrumentation to paint a captivating picture. It starts with the broody moods and jumbled drums of 'Now (L.O.V.E. and You & I - Part 2)' feat. Oddisee, before the haunting 'Rain Makes the River' feat. Rachel Sermanni carries you away. The heaviness subsides with Pete Josef's soulful stylings on 'Follow Your Feet' and the sunny hip hop of 'No 9' feat. KPTN. 'Sincere' feat. Noah Slee is a bristling mix of synth textures, bumping beats and swinging percussion while 'Slow Rise' dips into insular moods thanks to the intimate vocals of David Lemaitre. The heavy-hearted piano of 'Let's Live Well' is truly tender before Jamie Cullum transports you to a more positive place, and 'Everything I Wanted' feat Charlotte OC is a dynamic emotive blizzard of drums, trombones and percussion. Olivier St Louis delivers modern soul on the propulsive 'Heatwave' and frequent collaborator Paul Randolph brings vulnerable vocals to 'It's Beautiful.' The breezy seaside bliss of 'I'm Still Here' feat Edward Vanzet and wonderfully catchy, carefree pop of 'Summer Keeps on Passing Me By' feat Ben Westbeech close the album out and complete a beautiful journey that takes you through a range of moods and grooves. Audio Preview: https://soundcloud.com/sonar-kollektiv/sets/jazzanova-the-pool-album-snippets/s-l0H3I

Side C:
Everything I Wanted
Heatwave

Side D:
It's Beautiful
I'm Still Here
Summer Keeps On Passing Me By