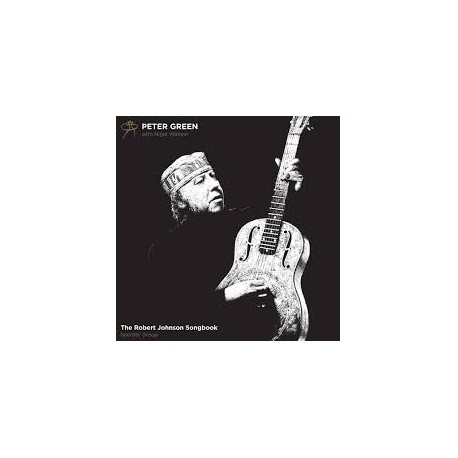 THE 20TH ANNIVERSARY EDITION OF THE ORIGINAL FLEETWOOD MAC GUITARIST'S AWARD-WINNING BLUES ALBUM ON VINYL FOR THE FIRST TIME FEATURING NEW ARTWORK Peter Green is widely regarded as one of the finest guitarists of his generation. His virtuoso blues playing was an integral part of the sound of the original Fleetwood Mac, which he founded in 1967. In the early '70s Green left the band and he was to spend much of the next three decades in the wilderness, battling a number of health issues. He re-emerged in the late 1990s performing with the Peter Green Splinter Group, and the second album of his remarkable revival, 'The Robert Johnson Songbook', is one of the greatest classic blues records and was the first British album to win the prestigious WC Handy Award. It was released in the same year that Green was inducted into the Rock & Roll Hall of Fame, on the 18th May - almost 20 years to the day before the release of this celebratory version, but still sounds as timeless and as important now as it did back then. The music features 16 exquisitely heart-breaking performances of the best Johnson originals, with Green on lead guitar, harmonica and vocals, plus support from Nigel Watson, Roger Cotton, Larry Tolfree, Neil Murray and guest Paul Rodgers. This edition of Peter Green's 'The Robert Johnson Songbook' will be available as an LP for the first time, pressed on to 180g heavyweight audiophile vinyl in single packaging including a 2-page insert with sleeve notes and new artwork.

Side A:
When You Got a Good Friend
32-20 Blues
Phonograph Blues
Last Fair Deal Gone Down
Stop Breakin' Down Blues
Terraplane Blues
Walkin' Blues
Love In Vain Blues

Side B:
Ramblin' on My Mind
Stones in My Passway
Me and the Devil Blues
Honeymoon Blues
Kind Hearted Woman Blues
I Believe I'll Dust My Broom
If I Had Permission Over Judgment Day
Sweet Home Chicago