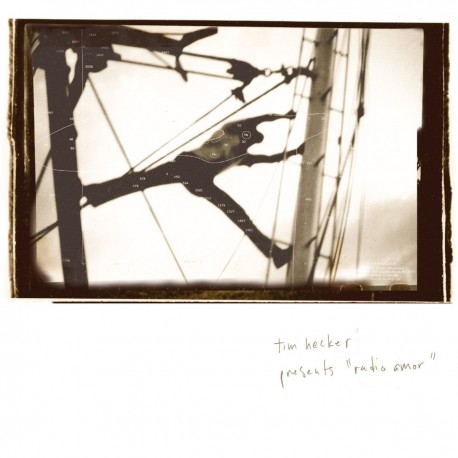 This is the first reissue for Tim Hecker's classic 2003 album. The original recordings were remixed by Tim Hecker and mastered by Matt Colton at Alchemy Mastering. 'Hecker at his most painterly and evocative.' -Pitchfork 'Radio Amor has a simultaneous tangible / intangible quality that is both miraculous and enigmatic.' -Tiny Mix Tapes 'Tim Hecker may be the finest sonic photographer around, the re-release of Radio Amor being further evidence for this claim.' - Brainwashed 'Hecker's 2003 standout is a stirringly emotional narrative, without the slightest aid of a single voice.' -Treble 'A slow-shifting mix of steely headrush and protracted morse code dispatches from the bottom of the ocean.' -Dusted * Reissue of classic 2003 album by renowned ambient / noise / electronic artist * Received acclaim upon release, including Pitchfork giving it a 8.3 * Originally released on Alien8 and now long out-of-print * Artist is now on 4AD

Side A:
Song Of The Highwire Shrimper
(They Call Me) Jimmy

Side B:
Spectral
I'm Transmitting Tonight