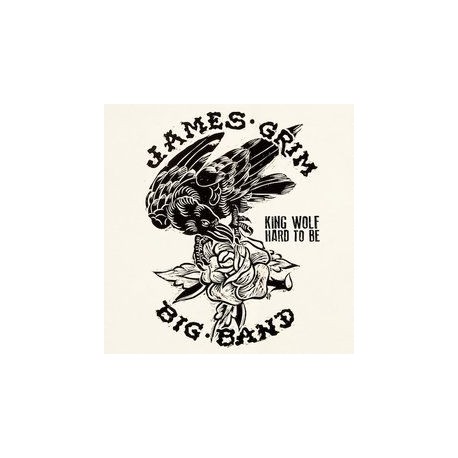 After earning his stripes as one of Australia's most engaging performers fronting the formidable and infamous Brothers Grim and the Blue murders, James Grim has established himself as an authentic and powerful voice in Australia's musical landscape. A songwriter of rare empathy and a penetrating primal growl it is difficult to avoid being drawn into his charismatic pull. From explosive and savage in Brothers Grim to dark and brooding in Woodcutters, James has now focused his attention to producing.

The JAMES GRIM BIG BAND began when Grim pulled his favourite musicians one at a time into a studio, recorded a variety of soul/blues hooks, cut these hooks into tasty samples and then rearranged them over freshly crafted beats. The resulting tracks [reminiscent of the production style of Ghostface Killahs' - 36 Seasons or Dr John's - Locked down] feature James Grim's signature vocal style over sinister hip hop inspired New Orleans soul blues.

Side A:
King Wolf

Side B:
Hard To Be