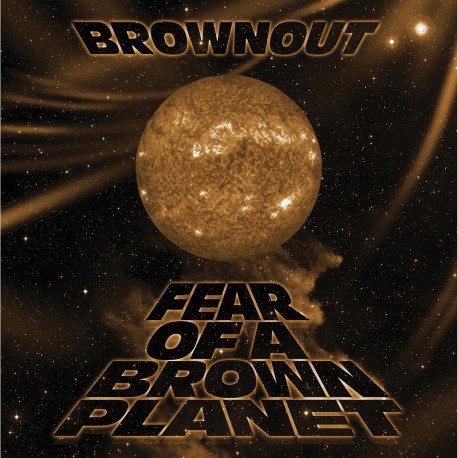 Brownout - Fear Of A Brown Planet

Twenty-eight years ago, pissed-off 12-year-olds around the universe discovered a new planet, a Black Planet. Public Enemy's aggressive, Benihana beats and incendiary lyrics instilled fear among parents and teachers everywhere, even in the border town of Laredo, Texas, home of the future founders of the LatinFunk-Soul-Breaks super group, Brownout. The band's sixth full-length album Fear of a Brown Planet is a musical manifesto inspired by Public Enemy's music and revolutionary spirit.

Side A:
Louder Than A Bomb
Shut Em Down
Fight The Power
Trackstar To The Edge Of Panic
By The Time I Get To Arizona
Welcome To The Terrordome

Side B:
My Uzi Weighs A Ton
Don't Beleive The Hype
I Don't Wanna Be Called Yo Ni**a
911 Is A Joke
Bring The Noise
Prophets Of Rage