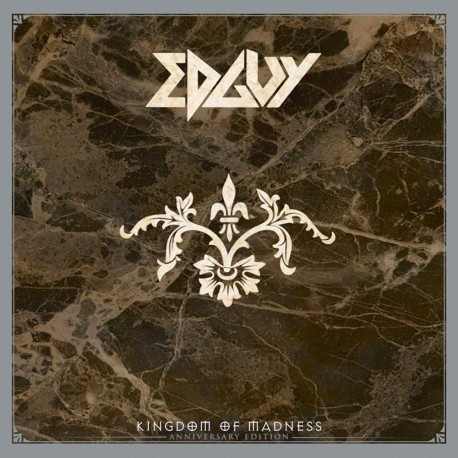 Gatefold Clear 2-Vinyl limited to 400 units - remastered. Some 20 years after the release of EDGUY's debut album "Kingdom Of Madness" (originally released 1997) finally a new version is made available - for the first time ever as Digipak and Vinyl (in different colors). This new version got an impressive sonic upgrade by the well experienced engineer Miro Rodenberg (Gate Studios) who carefully remastered it. EDGUY made their breakthrough already with their second album "Vain Glory Opera" released in 1998 - even before the idea for "AVANTASIA" was born in Tobias Sammets mind. Today EDGUY is one of the leading European melodic metal bands and AVANTASIA has sold millions of albums and plays sold-out world tours. The Fanbase is massive and will happily dive into the "Kingdom Of Madness" once again.