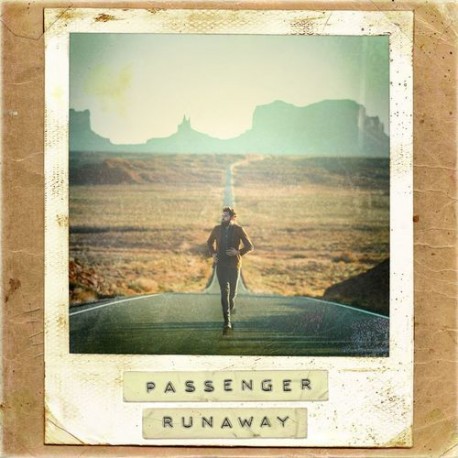 There have always been two sides to Mike Rosenberg, aka Passenger: the epic, radio-friendly sound represented by his international number one single, Let Her Go, and his UK number one album, Young As The Morning, Old As The Sea (2016), and the more introverted, singer-songwriter side heard, for instance, on Whispers II (2015) and The Boy Who Cried Wolf (2017). Runaway, the new album, finds Passenger embracing the epic once again: the melodies are unforgettable, the choruses colossal. These are songs you are going to hear on the radio. 'Some see pop as a dirty word,' says Rosenberg, 'but it just means the melody is catchy. Well, my favourite songs that have ever been written are catchy.' The album, Rosenberg's tenth in 11 years, was recorded between the UK and Australia with his co-producer, Chris Vallejo, but its aesthetic is North American. Some of the lyrics refer to specific locations, such as Detroit and Yellowstone. 'My dad is American,' Rosenberg explains, 'and we used to go over every other summer when we were kids. I always loved it. I guess I was seduced by it a little bit. It was such a culture shock coming from England.' Sonically, too, Runaway draws on Americana, for instance the early work of Ryan Adams. There is some lap steel, some mandolin, a little banjo, all courtesy of guitarist Benjamin Edgar, Rosenberg is also joined on the album by bassist Rob Calder, drummer Peter Marin and keyboard player Jon Hansen.