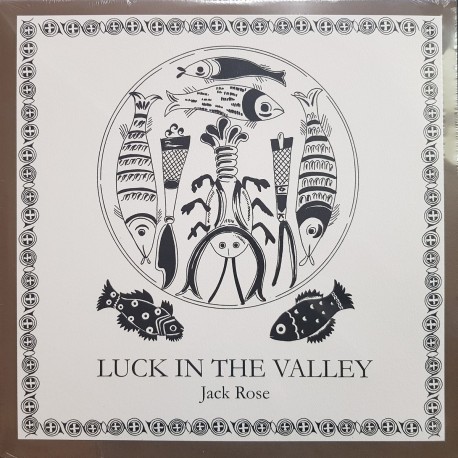 Jack Rose - Luck In The Valley

American guitarist Jack Rose first came to prominence with the drone/noise/folk unit, Pelt, a band considered a pivotal influence on the musical movement often dubbed "New Weird America", a loose grouping of artists that include Joanna Newsom, Devandra Banhart, Six Organs of Admittance, From 2002 until his tragic death in late 2009, he released a series of beautiful, haunting discs which explored his love of left-field guitar players such as John Fahey and Robbie Basho, and Luck In The Valley stands as an excellent musical epitaph to his work, Featuring mainly solo guitar works, as well as banjo, mandolin and fiddle, it's a mixture of covers and originals, and a mind-melting combination of ragaesque guitar drones and blues-inflected workouts.

Side A:
Blues For Percy Danforth
Lick Mountain Ramble
Woodpiles On The Side Of The Road
When Tailgate Drops The Bullshit Stops
Moon In The Gutter