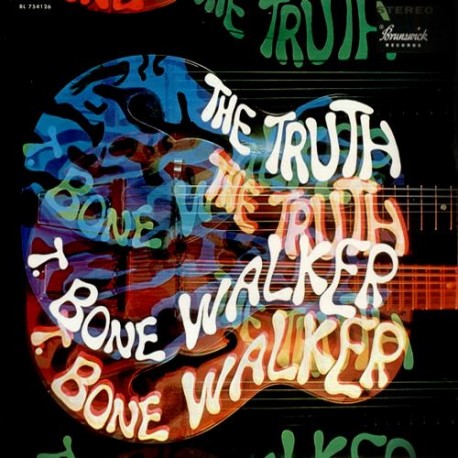 Aaron Thebeaux "T-Bone" Walker was all but destined for performance from the start. After all both of his parents were musicians, who taught him how to play guitar, ukulele, banjo, violin, mandolin, and piano. He was even an early protege of Blind Lemon Jefferson, who was a friend of the family, and often came over to dinner. Walker began performing blues music during the late 1920s and early 1930s, cutting his first singles, while performing as a sideman across the country, often performing alongside Blind Lemon Jefferson himself, as well as contemporaries like Douglas Fernell, Big Jim Wynn, and Charlie Christian. By the 1940s, Walker had begun to perform more frequently as a solo act, recruiting his own backing band, and being among the first to adapt a guitar technique that would change the course of music history: electric amplification. Were it not for Walker leading the charge and pioneering the electric blues sound, contemporary music might have been very different. His sound help set the stage for essential Chicago Blues artists like Muddy Waters, Howlin' Wolf, and Willie Dixon, while providing key influence to the likes of B.B. King, Jimi Hendrix, Chuck Berry, and innumerable others.