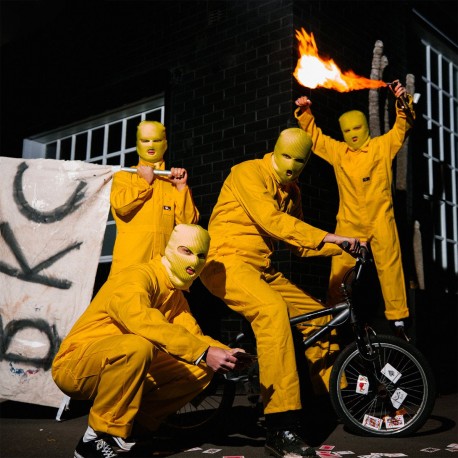 Produced by Lachlan Mitchell (The Vines, The Jezabels), 'Fade the Hammer' is the sound of a band on fire - restless and revolutionary, the album sees Bleeding Knees Club bring the heat across eleven songs of pummelling garage rock, nervy punk and candy-coated shoegaze.

Fresh from last year's EP 'Chew The Gum,' which saw rave reviews from the likes of Rolling Stone, The Music and more, Fade the Hammer follows Bleeding Knees Club's 2012 Blood Orange-produced debut 'Nothing to Do,' which featured smash hits like "Teenage Girls" and "Girls Can Do Anything."

Side A:
Case
No Strings
Kitchen
Behind
Burning Crosses
Cherry

Side B:
Break the Seal
Coming Down
World
Fist
Zoo