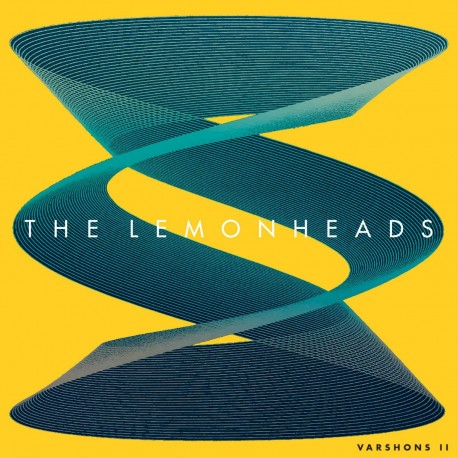 The Lemonheads follow up the critically acclaimed 'Varshons' from nearly ten years ago with another eclectic collection of covers.

Produced by director Matthew Cullen and mastered by Howie Weinberg (Beastie Boys, Nirvana, The Ramones), their tenth studio album brims with the slowly-matured vocal of Evan Dando as he lures a host of personal faves to his melodic lair. He really has become one of the great expressive singers of our time.

What they said about Varshons:

"Gram Parsons, Wire, and GG Allin: You'd be hard pressed to find three more disparate rock acts, yet on 'Varshons' they all sound like the Lemonheads - boppy, overcast alt-rock delivered at a fast clip and sung in a whiskey tenor." Pitchfork.

'Varshons 2' is a hokey jukebox filled with unique versions of Yo La Tengo, Nick Cave, The Bevis Frond, NRBQ, The Eagles, Paul Westerberg, The Jayhawks, Lucinda Williams and John Prine.

Like Hank Williams slumped in his car between gigs, strumming and hollering, reasoning and weeping, humming it on over, Evan and his Lemonheads make every tune their own.

Including some obscure beauties like Florida Georgia Line's 'Round Here', Natural Child's 'Now And Then', The Eyes' raucous 'TAQN' and The GiveGoods' gorgeous 'Unfamiliar' - a tune Dando penned with former Smudge man Tom Morgan.