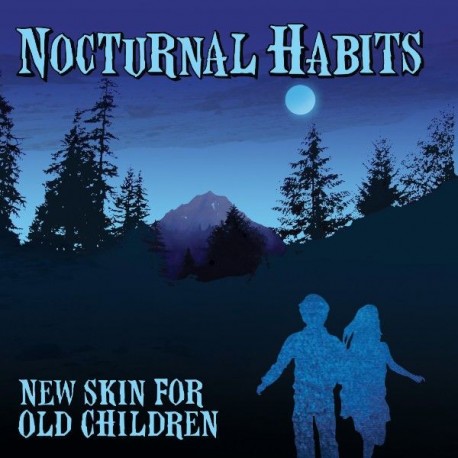 Nocturnal Habits marks a return for influential guitarist/vocalist Justin Trosper. His work in the seminal post hardcore band Unwound and more recently the angular rock of Survival Knife are evident in the overall sound of New Skin For Old Children, however there is a new tone, focused more sharply on the songwriting and production. The angles have been softened to create crushing, blunt force blows rather than sharp cuts.

Recorded throughout the world from Italy to Los Angeles and the backwoods of the Northwest New Skin For Old Children reunites Trosper with Sara Lund, his Unwound collaborator and so called "secret weapon," as well as Dale Crover (Melvins), Sherry Fraser, and Scott Seckington (Two Ton Boa).

Side A:
Echophilia
Good Grief
Back To Snowdonia
The Staircase
Wall Of Early Morning Light

Side B:
Sketchbook For The Living
New Skin
Ice Island
Dog Meets Wolf