> Vinyl>Neutral Milk Hotel - In The Aeroplane Over The Sea 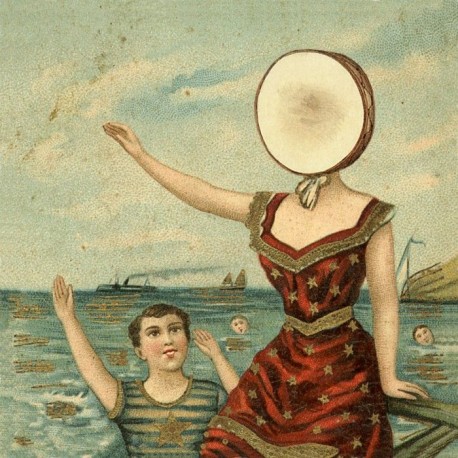 Neutral Milk Hotel - In The Aeroplane Over The Sea

Rising from the flames of Louisiana's 'crazy psychedelic Christianity' and smouldering bayous, comes the re-release of Neutral Milk Hotel's 'In the Aeroplane Over the Sea', Originally released in 1996, Domino Records have swept off the ashes covering this musical gem that has been sparking inspiration in its listeners and influencing bands including Arcade Fire, Caribou and even Franz Ferdinand, Neutral Milk Hotel were drawn together as teenage friends to make music, propelled by the imaginary force of Jeff Mangum, making music in bedrooms with a universe of instruments, With members of Olivia Tremor Control and Apples in Stereo they formed the Elephant 6, dispersed, re-arranged and created Neutral Milk Hotel, Shunning the mainstream and performing rarely to the dismay of fans meant that 'Aeroplane.' never received its due exposure, Impossible to define in terms of time or scene its other-worldly music and lyrics could easily have been the soundtrack to the 1900s dreamscape film "A Trip to the Moon" with human-faced moons and rockets, Comparable to being on a Ferris Wheel with an orchestra of trumpets, zanzithiphones, uillean pipes, accordions and shortwave radio fuzz: the result is heady and exhilarating but there is a darkness underlying this exuberant ecstasy, as though you can hear Tom Waits conducting 'The Black Rider' in a far off circus tent.