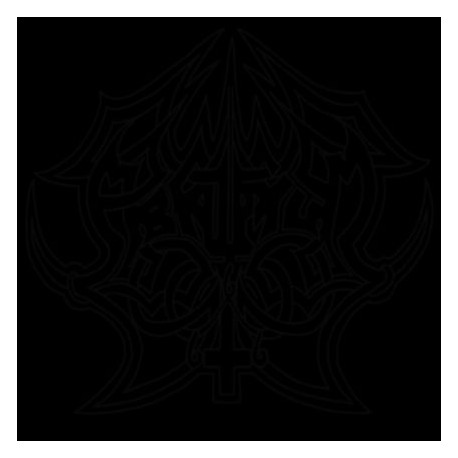 Official reissue, and the first time ever on vinyl format, of Abruptum's notorious third album Vi Sonus Veris Nigrae Malitiaes. Originally released in 1996 on infamous cult black metal label Full Moon Productions, this Swedish band were always seen as one of the most bizarre, strangest, and otherworldly black metal entities. Masterminded by the late IT, known as one of the most unique black metal musicians ever, the band was christened by black metal godfather Euronymous of Mayhem (who released the first two of their albums on his Deathlike Silence Productions label) as the "audial essence of pure black evil." This album is the only Abruptum release that solely features IT, it's true visionary, on his own without the assistance of any other musicians. Recorded in 1995 at Peter Tagtgren's Abyss Studios, in what ended up being the most bizarre recording session Tagtgren has ever endured, the album consists of one long improvised track clocking in at an hour's length (edited meticulously to fit the 2xLP format), written and performed solely by IT. It consists of blackened horror-scapes, torturous sounds of noisy droning guitars, never ending feedback, thunderous pounding drums, and painful screams and moans of agony and despair.