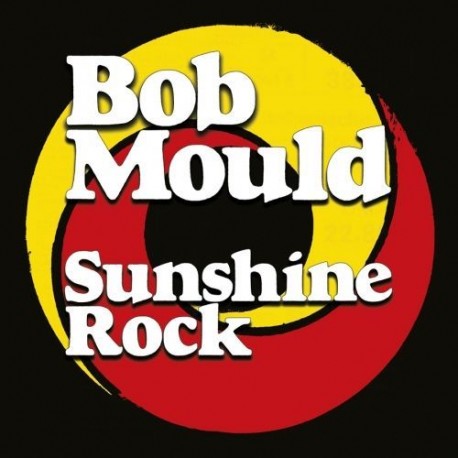 The clich that circulated after the 2016 election foretold a new artistic golden age: Artists would transform their anger and anxiety into era-defining works of dissent in the face of authoritarianism. Yet Bob Mould calls his new album Sunshine Rock. It's not because Mould - whose face belongs on the Mount Rushmore of alternative music - likes the current administration. His decision to "write to the sunshine," as he describes it, comes from a more personal place - a place found in Berlin, Germany, where he's spent the majority of the last three years. Here Mould would draw inspiration from the new environments. "Almost four years ago, I made plans for an extended break," Mould explains. "I started spending time in Berlin in 2015, found an apartment in 2016, and became a resident in 2017. My time in Berlin has been a life changing experience. The winter days are long and dark, but when the sun comes back, all spirits lift."To go from [2011 autobiography] See a Little Light to the last three albums, two of which were informed by loss of each parent, respectively, at some point I had to put a Post-It note on my work station and say, "Try to think about good things." Otherwise I could really go down a long, dark hole," he says. "I'm trying to keep things brighter these days as a way to stay alive."

Side A:
Sunshine Rock
What Do You Want Me To Do
Sunny Love Song
Thirty Dozen Roses
The Final Years
Irrational Poison

Side B:
I Fought
Sin King
Lost Faith
Camp Sunshine
Send Me A Postcard
Western Sunset