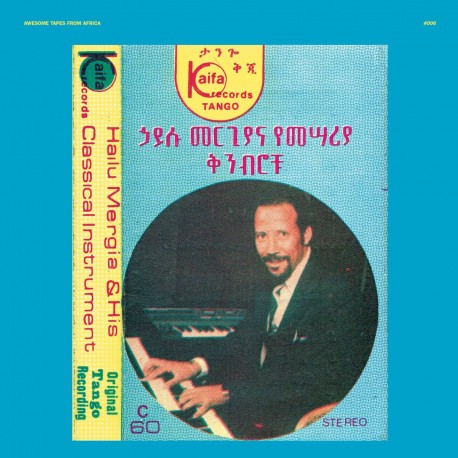 Double vinyl LP pressing. Digitally remastered reissue of this rare Ethiopan release. Hailu Mergia is a one-man band. In 1985, the master accordionist and veteran bandleader, arranger and keyboardist released the Hailu Mergia & His Classical Instrument cassette. In a nostalgic effort to bring back the vintage accordion sound of his youth, Hailu gave Ethiopian music a sonic makeover. He was already celebrated for his work with the groundbreaking Addis Ababa Ethio-Jazz and Funk outfit Walias Band. With imagination and a visionary sense of the self-contained possibilities of modern music, he captured the popular sounds of the past using the modern tools of the day.