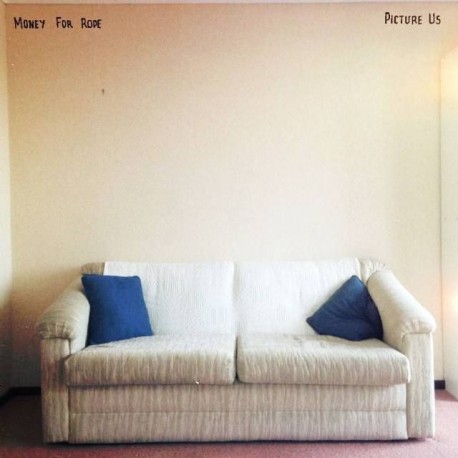 Money For Rope - Picture Us

Melbourne psych-rockers Money For Rope release their second studio album Picture Us. Spawned from the same fertile Melbourne music scene which has fostered not only Barnett but also other friends including King Gizzard And The Lizard Wizard, The Goon Sax and Rolling Coastal Blackouts Fever amongst others, Money For Rope release Picture Us on the back of a dogged touring habit which has kept them on the road near constantly for the last four years. Entirely self-produced, mixed and mastered by the five piece, Picture Us was recorded over the course of a single summer in Victoria, Australia in a beach house next to the Southern Ocean.

Throughout, Picture Us is shaped by the volatile stretch of coastline next to which it was written and recorded. Evidence of Aboriginal middens discovered nearby inspired the track Trashtown - with a sound landing closer to psychobilly, it explores the wrestling of the area from its indigenous people and the changes wrought by the dominance of sea-freight and commercial fishing industries on the Southern Sea coast. Elsewhere, the slow-burn of bruised album opener, Hold, was built around a percussion track the band created by feeding the rattling sound of a box of old sailing boat parts through an old tape machine.