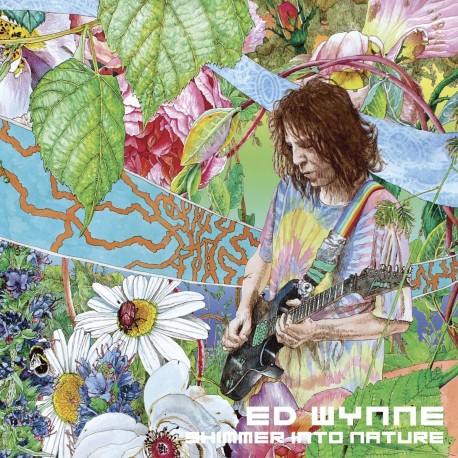 DEBUT SOLO ALBUM FROM THE PSYCHEDELIA VISIONARY AND FOUNDER OF THE LEGENDARY OZRIC TENTACLES A visionary, a prodigal symphonist, one of the UK's leading influential musicians: Ed Wynne is undoubtedly a gifted instrumentalist. He is credited as one of the linchpins of the UK festival scene's re-emergence along with his band Ozric Tentacles, who formed at Stonehenge Free Festival 1983 and became staples of the Glastonbury Festival, with their most recent performance at Glastonbury in 2016 on the Glade stage. With an incredible flair for creating masterful tapestries of sound, and for having sold over a million records worldwide, Ed Wynne's debut solo album on Kscope will be quick to take a hold on fans of psychedelic synth and rock music. 'Shimmer Into Nature' was recorded and inspired by the different locations Ed Wynne travelled to over three years, from deep in the Colorado Mountains, to the coastlines of Cornwall and South Devon, before being completed on Scotland's East Coast by the Firth of Forth. "The idea is to transport the listener to a place where the everyday ups and downs of the world dissipate, leaving the mind free to wander through a colourful, omnidirectional guitar and synth driven musical landscape for a while, landing eventually, hopefully freshly charged, with a smile and a calmer spirit." The music was written, programmed, mixed and performed by Ed, with mastering by Adam Goodlet at Re:Creation studios, with artwork designed by prolific English psychedelic illustrator John Hurford. This edition of 'Shimmer Into Nature' is presented on 180g vinyl and in gatefold packaging.