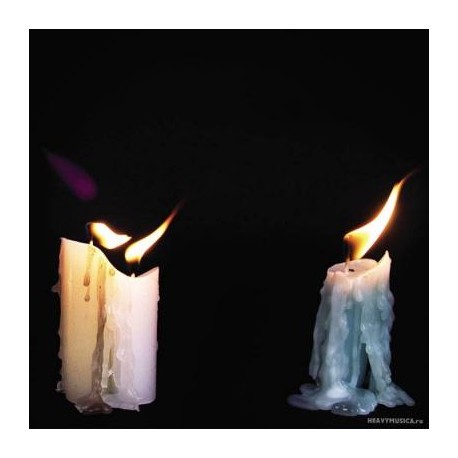 Jeffrey McGrath (everything), Michael Bouyoucas (everything), and Emmanuel Nicolaidis (everything) are veterans of a cold era when the Baltimore music scene barely exceeded the carrying capacity of a warehouse elevator. Things change, and the band's urgent collision of rhythm, melody, and noise has placed them at the creative center of today's Baltimore renaissance, sharing stages and tours with such acts as Beach House (Sub Pop), Lungfish (Dischord), Celebration (4AD), Dan Deacon (Carpark), Zomes (Holy Mountain), Jason Urick, and Future Islands (both Thrill Jockey).

Launched in 2006 with original drummer Elke Wardlaw (who now resides in Berlin), Thank You carved out a new sound drawing inspiration from the innovative post-punk of This Heat and Swell Maps and the polyrhythmic attack of The Ex and Dog Faced Hermans. Their live shows have become the stuff of (living) legend, a tension-and-release pile-on that drops jaws and leaves organs vibrating; their recordings, crafted with collaborators such as J. Robbins (Jawbox, Yeasayer, Ponytail, and Mary Timony) and Chris Coady (Yeah Yeah Yeahs, Beach House, Gang Gang Dance, TV on the Radio), all vital documents of the recent future as performed by six arms and three sets of teeth.

Thank You's first full-length with new drummer Emmanuel Nicolaidis follows closely on the heels of 2009's sold-out 12" EP Pathetic Magic. A band that once limited its vocals to hums, grunts, and chants has entered the next phase, delivering a stellar collection of challenging rock-and-roll songs. But Golden Worry eschews easy, anthemic sing-alongs, instead dipping into the vocabularies of Krautrock, post-punk, no-wave, and noise to produce what is at once Thank You's most melodic and most aggressive record.

Here we have guitars, drums, and vocals -- but also â€˜60s Vox organs, harmonica, mini-moog, jaw harp, sampler, and Fender Twin Reverb amps -- all in the service of six hypnotic tracks of Baltimore-built avant-rock. From the first-jangling, then-jagged guitars of album-opener "1-2-3 Bad" to the triumphant swirls and squeals of "Continental Divide" and the dexterously deconstructed instrumental bridge of galvanizing closer "Can't/Can," these songs are intricate yet immediate stunners. Attacked with the ecstatic, fierce energy of a Thank You live set â€“ and then perfected in the studio with ears attuned to dub, Eno, 20th Century classical, and Konono No. 1 â€“ Golden Worry is a new world in which we listeners can lose ourselves: the sound of Baltimore at the vanguard as we enter the Two-Thousand Teens.