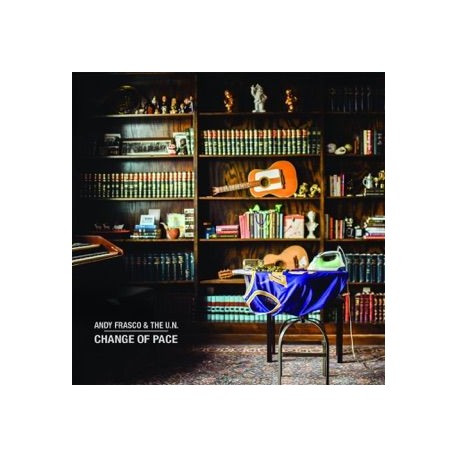 Known for their epic live shows and seriously infectious sound, Andy Frasco and his band, the U.N., are set to release their newest album, Change of Pace. Frasco officially dropped single Change of Pace via his popular podcast, Andy Frasco's World Saving Podcast. Frasco uses the platform to share his experiences traveling the world, while interviewing other musicians, like Portugal. The Man, Chicano Batman, Dave Schools and select industry veterans like Pete Shapiro. Formed in Los Angeles in 2013, Andy Frasco & the U.N. has released a number of studio albums including Half a Man (2014), and Happy Bastards (2016). Last year, they released their first live album entitled "Songs From The Road" which was recorded in August 2016 at the Tucher Blues and Jazz Festival in Bamberg, Germany.

Side A:
Change Of Pace
Don't Let it Fool You
Love, Come Down
Up Down
Let Your Mind Be Free

Side B:
Waiting Game
Somedays
Find A Way
Can't Force Love
The Walk
Don't Let the Haters Get You Down