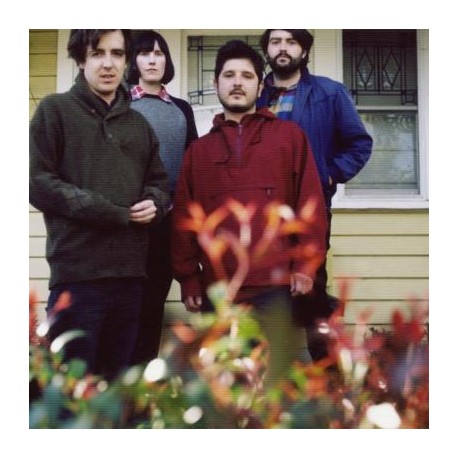 Underwater PeoplesUPLP011Up til now, a large part of Twerps' charm has been their rough edges. Recording to hissy four track tape, singing songs about enjoying the "occasional quiet drink" and then throwing up on your friends. But now, with their self-titled debut album, there might just be a little bit of growing up going on. It's definitely the biggest-sounding recording Twerps have ever done. Unlike their early manifestos, Twerps was recorded in a bona fide studio, with the help of engineer Jack Farley (Beaches, St Helens). But it's not just the sound, it's the songs. Tracks like "Through The Day" and first single "Dreamin" contain instantly recognizable Twerps elements: the fascination with New Zealand's 1980s Flying Nun era, as well as US bands like the Feelies and Galaxie 500. They also contain a kind of Australian pop timelessness that harks back to the Go-Betweens, Paul Kelly and the Sunnyboys. This is something new for the band, and it's deep and resonant.We instantly fell in love, we're sure you will too.

Tracklisting:
Side A:
1 Dreamin
2 Don't Be Surprised
3 This Guy
4 Who Are You
5 Peculiar