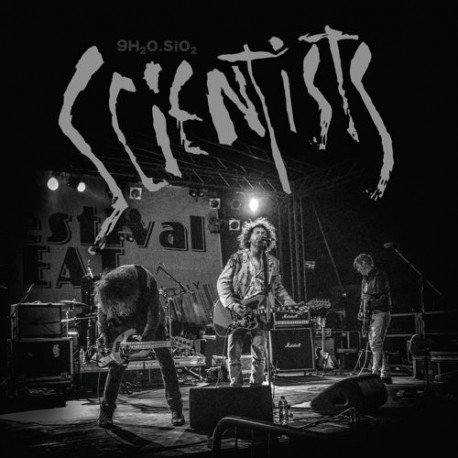 The Scientists are the ultimate cult band! Mysterious, undefinable, and yet many quite distinct things to many people. Some blame them for grunge, some think they're a power pop band, some think they're experimental. Tav Falco describes them in Ghosts Behind The Sun thus: "Mercurial individuals who's science is strictly alchemical." Originating in Perth, Western Australia, in the beginnings of post-punk, they travelled to Sydney, then London, cutting a swathe through the indie scene throughout the 1980s, only to vanish. Sited as a seminal influence by so many -Sonic Youth, Jon Spencer Blues Explosion, Mudhoney, Nirvana-the band had to return some time. In 2018 they returned with two new singles and tours of Australia, Europe and the U.S. (their first time ever in the States!). Now In The Red is proud to announce the release of 9H2O.SiO2-a 12-inch E.P. featuring five brand new originals just in time for the band's follow up U.S. tour in April. These new tracks prove that the band is still as original, brutal, rocking and scientific as they ever were. This is not to be missed! " Latest release by resurrected Australian cult rock band that influenced Sonic Youth, Jon Spencer Blues Explosion, Mudhoney, and Nirvana " Features the classic mid-'80s line-up of Kim Salmon, Boris Sujdovic, Tony Thewlis, and Leanne Cowie

Side A:
Hey Sydney
Self Doubt