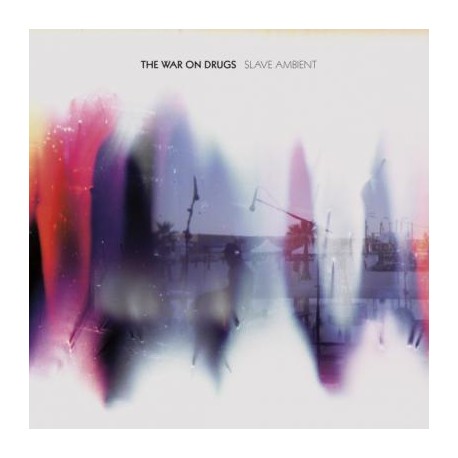 Philadelphia's The War on Drugs, the vehicle of Adam Granducielfrontman, rambler, shaman, pied piper guitarist and apparent arranger-extraordinaire, returns with Slave Ambient. On their debut, the life-affirming Wagonwheel Blues, and the follow-up EP, FutureWeather, The War on Drugs seemed obsessed with disparate ideas, with building uncompromised rock monuments from pieces that may have seemed like odd pairs. Folk-rock marathons come damaged by drum machines. Electronic and instrumental reprises precede songs they've yet toplay, and Dr. Seuss becomes lyrical motivation for bold futuristic visions.

Now, Granduciel has done it again, better than before: Slave Ambient, their proper second album, is a brilliant 47-minute sprawl of rock 'n' roll, conceptualized with a sense of adventure and captured with seasons of bravado.

Slave Ambient features a team of Philadelphia's finest musicians, including multiinstrumentalists Dave Hartley and Robbie Bennett, and drummer Mike Zanghi. Recorded throughout the last four years at Granduciel's home studio in Philly, Jeff Ziegler's Uniform Recording and Echo Mountain in Asheville, NC, the album puts the weirdest influences in just the right places. Synthesizers fall where you might expect more electric guitars (and vice versa); country-rock sidles up to the warped extravagance of '80s pop. Instant classic ''Baby Missiles'' is part Spingsteen fever dream, part motorik anthem. ''Original Slave''might sound like a hillbilly power drone, but ''City Reprise #12'' suggests Phil Collins un-retiring to back Harmonia. ''I Was There'' is Harvest rebuilt by some selection of psychedelic all-stars, while the shuffling, sleepy opener ''Best Night'' offers a band with too many ideas to be in a hurry. During the mid-album centerpiece ''Come to the City,'' Granduciel howls and moans, ''All roads lead to me/ I've been moving/ I've been drifting.'' Indeed, however unlikely that might seem, all these sounds arrive cohesively in one unmistakable place. Every song on Slave Ambient is instantly identifiable and infinitely intricate, a latticework of ideas and energies building into mile-high rock anthems.

Tracklisting:
Best Night
Brothers
I Was There
Your Love Is Calling My Name
The Animator
Come To The City
Come For It
It's Your Destiny
City Reprise #12
Baby Missiles
Original Slave
Black Water Falls