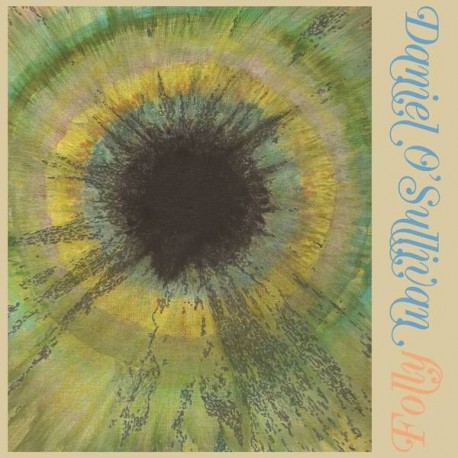 Folly is O'Sullivan's second album under his own name and embodies a confident, evolution from his acclaimed debut VELD (2017, O Genesis), an album which distilled the multiverse into a rich and complex soundworld; textured and allusive, alive with sonic diversions, hypnotic mantras and ornately arranged songcraft. The release will coincide with a two-night residency for The New Arts & Music Programme at Sutton House, Hackney. Set in the Arts & Crafts era wing of this Tudor manor house, using its early 20th Century Steinway grand piano, Friday 5 April will see O'Sullivan performing songs from Folly with his ensemble, with special guests from the O Genesis family, Richard Youngs and The Silver Field, supporting. Saturday 6 April will include a solo performance from Thighpaulsandra, who recorded and mixed the album while Daniel performs songs with guest appearances by Peter Broderick and Thighpaulsandra among others. Folly was written around the birth of his son Ari and the passing of his friend Ian Johnstone, and both events were significant in the album that followed. Daniel O'Sullivan is a composer, songwriter and multi-instrumentalist living and working in London and has been contributing a vibrant, chameleonic brew to the music landscape since the late 1990's. He has achieved international acclaim writing, recording and performing with Grumbling Fur (with longtime friend and collaborator Alexander Tucker), Ulver, Sunn O))), Guapo, Miracle, Aethenor and the recent reincarnation of This Heat in the form of This Is Not This Heat.

Side B:
The Diamond Vehicle
Penny Rag
Silhouette
Utopiary
Amnion
The Coming Of Age Story