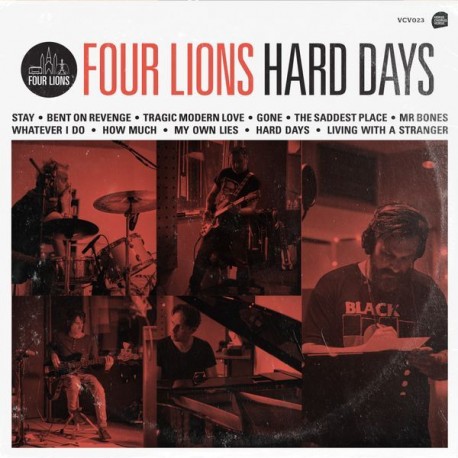 Meet your new favourite band. They're called Four Lions, but there's actually five of 'em these days. And you'll find them rocking out in the central Victorian town of Bendigo, where there's long been gold in them thar hills.

They ply their trade in a potent brand of Americana that fuses roots, rock and alt-country. Think Wilco, Tom Petty and the Heartbreakers, Bruce Springsteen and the E Street Band, Neil Young and Crazy Horse. It's the classic music of small towns with only a couple of bitumen options whenever you want to get the hell outta Dodge.

Four Lions was formed in late 2014 by singer/guitarist/chief songwriter Shann Lions, who liked his new band so much that he named himself after them. He is completed by Keith MacQueen (lead guitar/vocals), Stephen Briggs (keyboards, Hammond), Gavan Moncrieff (drums), and newbie Bradley Bradford (bass). Original bassist Greg Perry amicably departed in early 2019.

The band's cracking fourth album, Hard Days, is due to drop in May 2019. It was recorded by Finn Keane (Wilco) at Head Gap Studios in Preston, Victoria, and mixed by Sam Kassirer (David Ramirez. Josh Ritter) in Boston, Massachusetts. Chinese astrology will tell you that 2019 is the year of the pig - but it's really going to be the Year of the (Four) Lion(s)!