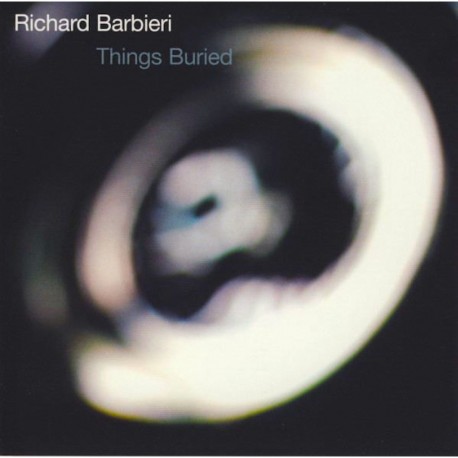 THE 2004 DEBUT SOLO ALBUM FROM THE JAPAN AND PORCUPINE TREE KEYBOARDIST RELEASED ON VINYL FOR THE FIRST TIME. As a member of the new-wave pioneers Japan, Barbieri was a leader in creating the ground-breaking synthesiser sound and use of electronic equipment that influenced a generation of artists. Together, the band recorded five studio albums culminating in the ground-breaking 'Tin Drum', which stayed in the UK Albums Chart for a year. Following Japan, Barbieri joined Steven Wilson in the formative years of the legendary progressive outfit Porcupine Tree, playing keyboards on all the band's albums since 1993 as well as releasing two striking solo albums: 'Things Buried' and 'Stranger Inside'. His ear for composing unique soundscapes and synth textures recently led to collaborations with other talented composers, such as Steve Hogarth (Marillion), Steve Jansen & Mick Karn (Japan) and Steven Wilson (Porcupine Tree). 'Things Buried' is Barbieri's debut solo album, which only came in 2004 after his musical career had already spanned four decades. It is an instrumental work that highlights his unique approach to sound and mood, ranging from textural atmospherics to dynamic rhythmic passages. The album also features the distinctive styles of Percy Jones (Brian Eno, Brand X) on fretless bass guitar and Andy Gangadeen (The Bays, Massive Attack) on Drums. This new to vinyl edition of 'Things Buried' is released in tandem with his second solo album, 'Stranger Inside', and following the release of his 'Variants' series on vinyl. It is presented as a 2LP in wide spine packaging.