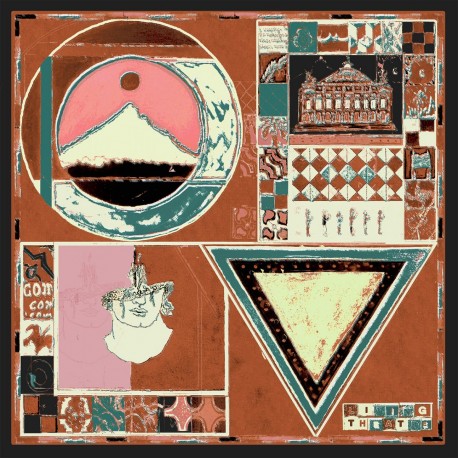 The musical duo of Shane Butler & Caity Shaffer released their debut album as Olden Yolk last year, an alluring concoction of hypnagogic folk & kosmiche rhythms, expanding & refining Butler's work in his former band Quilt toward a more focused direction. The songs on "Living Theatre" were written & recorded during a heavy time of transition & upheaval for the duo, with personal tragedies and a big move from their NYC home to a warmer climate in Los Angeles coloring the album's inception. Musically, the duo's songwriting has gelled into a unified front, relying more on the subtle shifts of melody & rhythm than a barrage of chord changes; Living Theatre's hooks lap at your feet like a babbling brook, rather than bowl you over like violent waves. The refinement in tunes like "Castor & Pollux", "Grand Palais" & first single "Cotton & Cain" points to a new frontier for the group; soaring skyward toward the emotionally textural plateaus of trailblazers like The Go-Betweens or Yo La Tengo. There's a discernible romantic feel to tunes like "Violent Days" or Distant Episode's lush arrangements - Living Theatre showcases a band breaking free from it's chrysalis, and embracing its next phase of evolution.