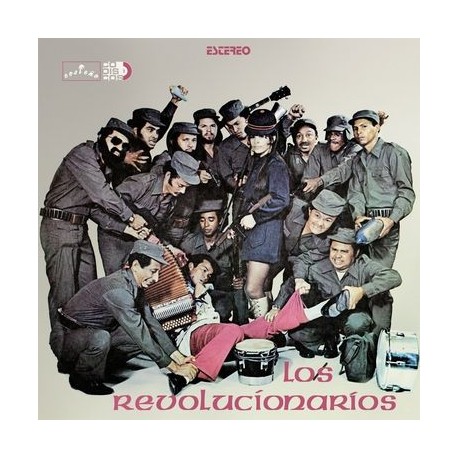 A revolutionary album full of experimentation and cross-fertilization with a sound unlike that of any other tropical record before or after, which could only have come from the Caribbean region of Colombia and the fertile mind of the band's leader, Alfredo Guti rrez "El Rebelde del Acorde n". What makes this record unique and a highly sought-after collector's piece among DJs and aficionados of Colombian music are the innovative arrangements (by Guti rrez and his saxophone-playing friends Nacor Bar n Garc s and Demetrio "Pipe" Guar n) that mix a sax section with electric organ, piano and accordion, and the fact that it contains a killer version of Javier V zquez's hard salsa tune 'Esa mulata' as well as salsa versions of Guti rrez's earlier vallenato hits 'Los carasucias' and 'Bajo el palo 'e mango'. In addition, there is an interesting hybrid between the boogaloo and the joropo ('La mezcla' by pianist Edel Manrique) and a fun cover of Dominican accordionist Angel Viloria's 1950 gem 'Yo bail con Josefina' plus another hardcore salsa burner ('Salsa de monte adentro') and a flamenco/salsa hybrid ('Caribe'), both written by Poli Mart nez, who used to sing with Climaco Sarmiento. The record kicks off with some local coste o flavor with the paseo 'Perd name Leandro' and on side two the porro 'Toro barcino'. The album cover, though tongue in cheek, must have also caused a stir, as it calls to mind Cuban revolutionaries and combines images of violence and music in a provocatively satirical way.